The University of Mount Union is home to a number of special collections and serves as a federal depository. They are located in various areas of the library and on campus.

Utilize this map to help you locate resources and collections within the library.

The Thelma E. Slater Curriculum Resource Center, located on the third floor of the Main Library, provides a comprehensive collection of PK-12 classroom materials across the curriculum and teacher books and other aids, developed primarily for use by both undergraduate and graduate education students in support of coursework that requires research, the preparation of lessons, tutoring, and teaching in the local schools. The Slater Center provides computers, periodicals, and ample study space, along with a graphics lab section that features project equipment and supplies. Most materials, including books, display items, and realia, which comprises kits, games, charts, and other media, circulate throughout the University community and may be taken to local school sites.  An adjoining classroom is maintained by the Education Department where both daytime and evening classes are conducted throughout the year, as well as workshop and speakers. 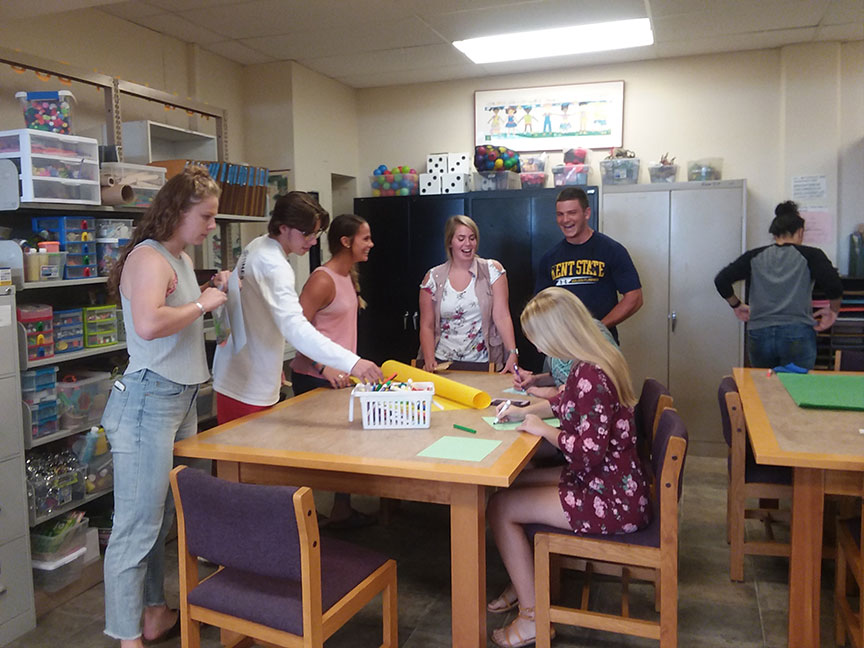 Mount Union receives and maintains a collection of various federal government publications for public use. Among those available to the public are core documents of United States democracy: statutes, congressional hearings, related legislative information, and U.S. Supreme Court cases. Strengths of the collection include publications from the Departments of Agriculture, Commerce, Education, Labor, and Interior (U.S. Geological Survey).

Federal government publications are reviewed and selected for the University of Mount Union depository collection according to the Government Documents: Collection Development Policy. To access the policy, see University Policies.

The Wagner Faculty Lounge was presented in 1950 with the opening of the newly built library. It was established by the donations of Mr. and Mrs. George L. King in memory of Ross Wagner, a student of Mount Union and brother of Mrs. King, who  had tragically drowned in 1935 .  Dr. King had served as President of the Board of Trustees for eighteen years during his service on the board from 1939-1967.

Decorated in the style of an English gentlemen’s club, the lounge diminished in usage as the faculty acquired individual office space.   It was redecorated in the late 1960’s and became known as the Wagner Lounge and Shilts Rare Book Room.   Between the 1960’s and 1970’s the library had received  donations of well over 1500 volumes from  the private library of W.D. Shilts,  former Secretary of the Goodyear Tire and Rubber Company and retired Chairman of the Board of Trustees at Mount Union.

These materials are housed in a closed facility and may be viewed in the library upon request.

The purpose of the Robert Herman Carr Historical Room is to centrally house, preserve, and provide access to the history of the college since its founding in 1846. This facility is located on the third floor of the older wing of the University of Mount Union Library.

The historical collection was established by Robert Herman Carr (’02), the first business manager of the college, who collected and preserved those original materials that would become the nucleus of the collection.  The special efforts of N. Yost Osborne (’36), head librarian and college historian from 1955-1985, helped to further accumulate, compile, and organize this collection.

The room was renovated in 1990 with the generous gift donations of the Robert S. Kunkel family and David (’44) and Mary Beth Carr McFarland (’44).  Numerous improvements included upgrading the lighting, heating, and humidity control.

The University of Mount Union Library collects, stores, and preserves materials and artifacts related to the history of the university.  As the Historical room has a finite amount of space, new materials obtained through donations or other sources are evaluated on a number of factors to determine if they belong in the collection.  These factors include the uniqueness of the item, its rarity, and its relevancy within the scope of the collection.

The Robert Herman Carr Historical Room is a closed research area. All historical requests should be directed to Alan Zahorsky at (330) 823-3879 or zahorsam@mountunion.edu. 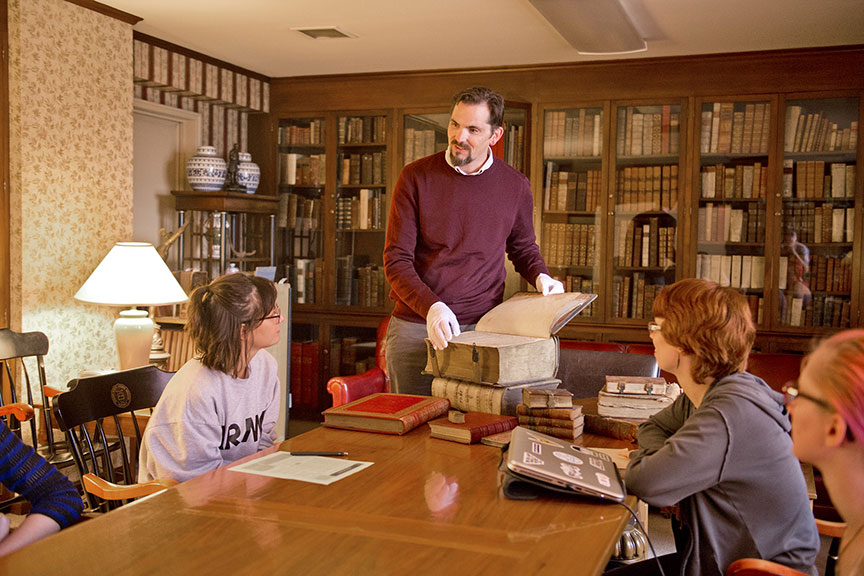