Having grown up in the waning years of the Cold War, I developed an early fascination with American foreign policy. This fascination translated eventually into an interest in political science and history, before branching out into Asian studies and business administration. What eventually drew me to the teaching profession was the recognition that it would allow me to combine a wide range of diverse intellectual interests in my teaching, as well as give me an opportunity to share my own insights with and contribute to the intellectual development and maturity of future leaders.

The professional accomplishment I am most proud of thus far has been the fact that in July 2012, based on my prior presentations at the "China Goes Global" conferences at Harvard University (2008-2011), I had the privilege of being one of 60 scholars around the world invited by "Henry Stewart Talks" to contribute to a new series on "Doing Business In China".

My teaching philosophy is anchored around a set of three key principles. First, I aim to create an environment to foster an appreciation for independent and out-of-the-box thinking. To that end, I constantly challenge students to engage in frank exchanges of ideas, and debate and critically evaluate different viewpoints. Second, I make critical inquiry, reflection and analysis crucial pillars of my pedagogical repertoire. Finally, I adopt a mentoring role to help students develop their own full potential, both inside and outside of the classroom.

Most of my research to date is focused on Chinese business internationalization. Since 2008, I have annually been presenting my research at Harvard University and have published these conference papers as book chapters or journal articles. In terms of curriculum development, I am currently working with Dr. Michael Grossman on a national security and intelligence analysis major that we hope to have approved for fall 2013.

Favorite Part of the Job

Aside from the satisfaction gained from knowing that I contribute to the education of future generations of leaders and responsible global citizens, the most satisfying part of my job is to engage students in substantive exchanges of ideas and intellectual discussions spanning beyond the classroom.

I like the Kolenbrander-Harter Information Center (KHIC) for the layout of the classrooms and the simple fact that it houses the library, which I use extensively. 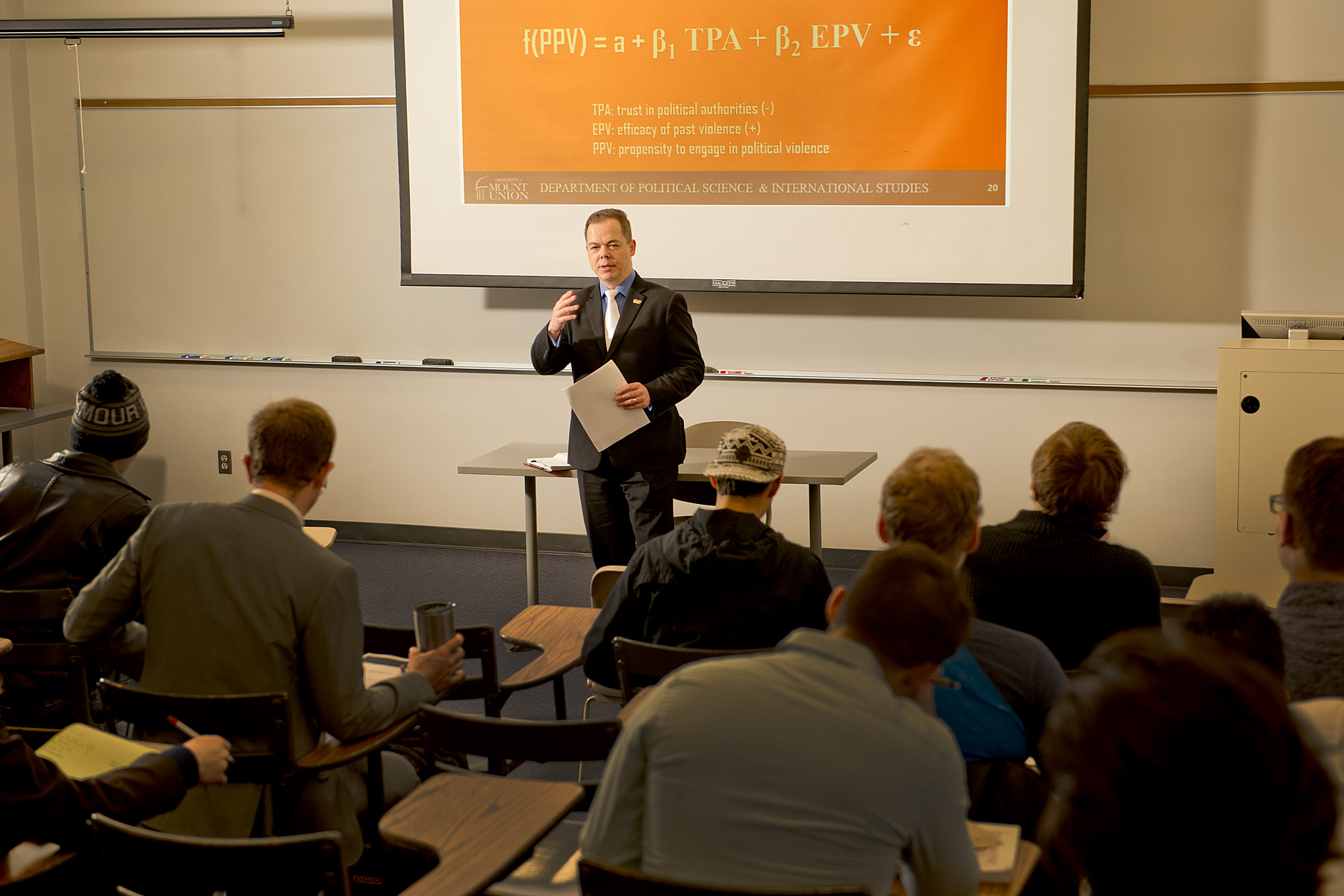 A degree in International Affairs and Diplomacy draws from disciplines such as political science, history, economics, and world languages to help students explore the relationships between peoples and countries across the globe to form an understanding of their relationships and perspectives.