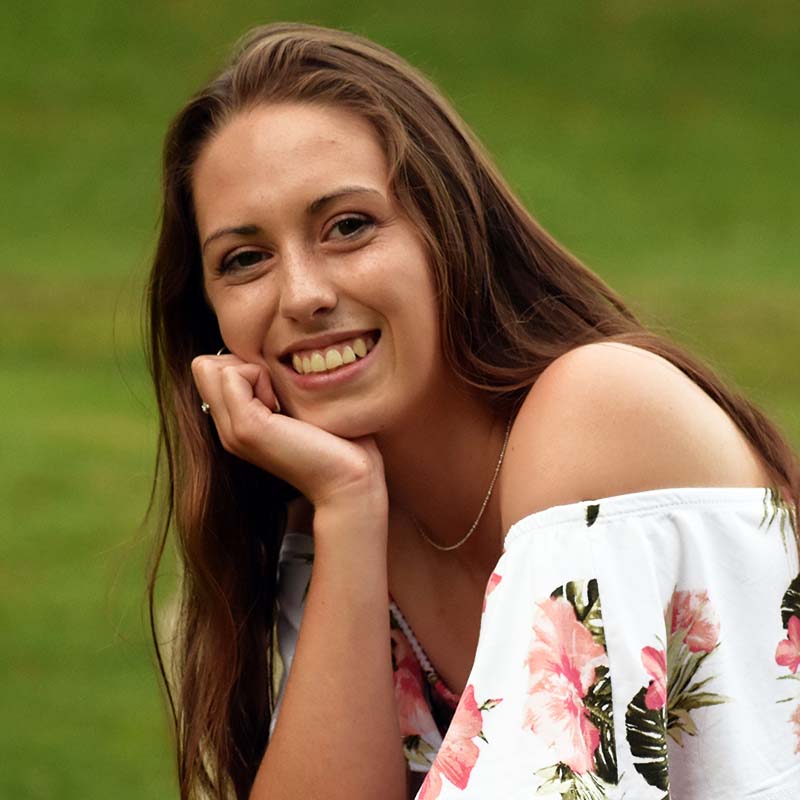 Mount Union had so many qualities that interested me, so it was the obvious choice!

There are many reasons why I chose Mount Union. One of the main reasons is that I could stay close to my family and friends. I also heard about the great soccer program, and I wanted to be on the team. Another large deciding factor was that one of the sport managers for the Cleveland Browns suggested Mount Union to me for their sport business program. Mount Union had so many qualities that interested me, so it was the obvious choice! I was very fortunate to receive the Presidential Scholarship. Mount Union feels like a second home because of the close-knit campus. I love how I see the same faces every day and get to know my professors on a personal level.

Why French and Sport Business?

I chose sport business as my major because I met Vanessa Bryan, who is a sport manager for the Cleveland Browns. After getting to know her for a while I realized that her job interested me. She answered any questions I had and guided me in the right direction which was Mount Union!

I chose French as my second major because I'd taken four years of it in high school. My teacher went to Mount Union and had nothing but great things to say about her experience. My original plan was to minor in French because I loved learning it in high school. After talking with some of the French professors at Mount Union I was informed that if I study abroad, then my French minor would have turned into a French major. My Presidential Scholarship allows me to study abroad for a semester so that is when I decided to major in French as well.

My goal is to work for the Cleveland Browns. Mount Union is preparing me for that after graduation because after two sport business related classes I already feel like I know a lot more about the topic. The professors find a way to make you love the work you are doing and make it interesting to learn.

Students pursuing a bachelor's degree in sport business at Mount Union will explore the world of sport industry and its interactions with the business world. Students will study sport management, finance, public relations and more to become a well-rounded student and a competitive individual in the field.