The University of Mount Union offers a comprehensive choral music program, which is open to ALL students, not just students who major or minor in music; we take great pride in the fact that our vocal/choral ensembles are comprised of musicians from virtually every academic discipline on campus. Whatever your academic interests, we encourage you to continue singing at the University of Mount Union! Beyond this, Mount Union offers generous scholarships for music majors AND non-music music majors alike; one does NOT need to major in music to receive one of our many choral participation scholarships.

In closing, I would like to take this opportunity to invite you to visit our beautiful campus and to attend (and even participate in) a choral rehearsal of your choice.  The Fifty-voice Concert Choir meets Monday afternoons from 5:30 to 6:30 p.m. and Tuesday and Thursday afternoons from 4:15 to 5:45 p.m. The forty-five voice ensemble, known as Cantus, also meets three days per week: MWF from 3 to 4:05 p.m.  Please know that you are welcome at any time and that I am more than happy to facilitate your campus visit—just let me know! If you have any questions about the Department of Music or the choral music program at Mount, please do not hesitate to contact me. 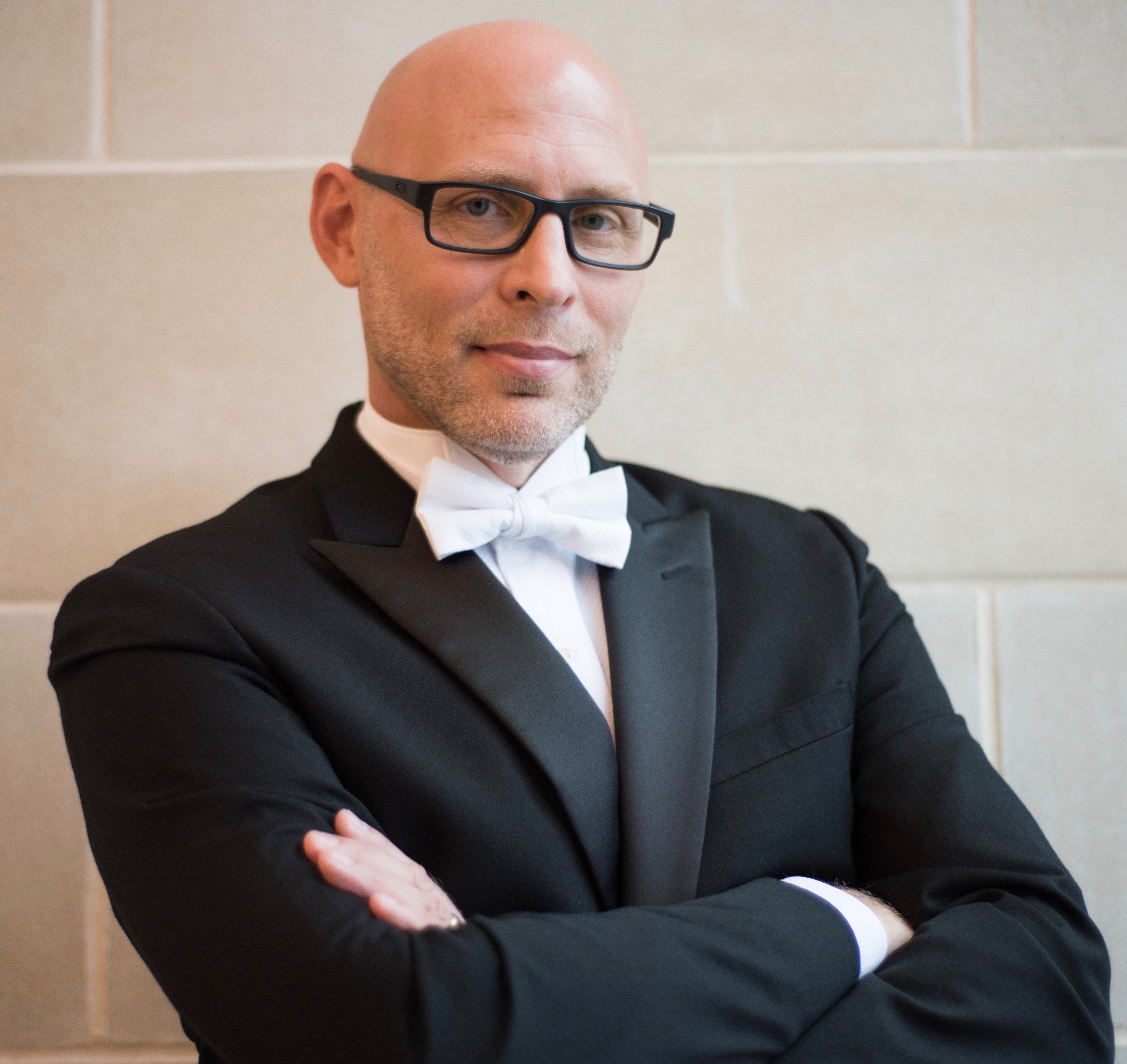 The University of Mount Union Concert Choir is among the oldest collegiate choirs in the United States, tracing its roots to 1896. The distinguished legacy of the choral program at Mount Union is one that is deeply rooted in the very history of the institution, encompassing the contributions of several distinguished American conductors, including Robert Fountain (1942-1946), who went on to lead renowned choral programs at Oberlin College Conservatory of Music and The University of Wisconsin, and Bruce Browne (1972-1976), emeritus professor of choral studies and voice at Portland State University and conductor laureate of the Portland Symphonic Choir. Under the direction of Cecil "Pop" Stewart (1946-1972) the Concert Choir gained international acclaim. In 1966, the beloved Stewart led the Choir on an around-the-world tour. Dubbed "Peace Through Understanding," the 48-day tour visited Alaska, Japan, Southeast Asia, Near East, Greece, Italy, England and France. Professor Stewart was known for his exacting standard, inspired leadership and, above all, unwavering devotion to Mount Union.

Open by audition to all students on campus, the Concert Choir comprises musicians from a wide variety of academic disciplines and, thus, truly respresents the University's strong liberal arts foundation. Serving as an ambassador of the University, the Concert Choir performs annually throughout the continental United States and undertakes an international tour every four years. The Concert Choir is dedicated to the rehearsal and performance of the highest quality choral literature from the Renaissance through the 21st century, including spirituals, gospel music, folk songs, and music celebrating a global perspective. Recent performances include Joseph Haydn's Mass in B-flat, the so-class Theresienmesse, Gustav Mahler's Symphony No. 9 in D minor, op. 125, and "Choral Fantasy" in c minor, op. 180 with the Canton Symphony Orchestra and Chorus under the baton of Maestro Gerhardt Zimmerman.

Make a Gift to the Lang Choir Tour Endowment

Cantus is a dynamic musical organization comprised of forty-five student musicians, representing a wide variety of academic disciplines on campus. Its goals are to discover and perform outstanding repertoire for voices. Recent performances include Johann Michael Haydn's Missa sub titula Sancti Leopoldi, MH. 837 (1805); the multi-movement cantata Willkommen süßer Bräutigam by the German composer Vincent Lübeck (1654-1740); Bob Chilcott's This Day; Diane Abdi Robertson's Dream; and Psalm Trilogy by Srul Irving Glick. Cantus rehearses three times each week and performs each semester of the academic year, including performances at the annual University of Mount Union Christmas Festival. No formal audition is required to participate in this choral ensemble.

The Mount Union Alliance Chorale represents a successful and long standing musical collaboration between the University of Mount Union and the greater Alliance community. Founded in the early 1980s, the Chorale is comprised of UMU students and faculty as well as members of the Alliance community - all of whom share a passion for choral singing. Two public performances a year offer a wide variety of choral repertoire from the Renaissance to the present. Membership is open to anyone who shares a love for singing together and is seeking a quality choral experience. Rehearsals are held in Cope Music Hall on Tuesdays from 7 - 9 p.m.

Before returning to her alma mater in 2013 as conductor of the Mount Union Alliance Chorale, Jane Page was director of choirs and music department chairperson at Lakeview High School. While teaching at Lakeview, Mrs. Page grew the choral program from one choral ensemble to four, with participants increasing from less than twenty students to nearly 150. The Lakeview choirs consistently received superior ratings at adjudicated events and performed extensively throughout the community.

In 2005, Mrs. Page was awarded the Ohio Music Education Association’s Music Educator of the Year —an honor bestowed upon her by her peers. Over twenty-five of Mrs. Page’s former students are currently working in careers as music educators and performers.

She is a member of the American Choral Directors Association, National Association for Music Education, Ohio Choral Directors Association, and also serves as a choral adjudicator for the Ohio Music Education Association adjudicated events. Mrs. Page conducts the Chancel Choir at Church Hill United Methodist Church and performs with the Wade Raridon Singers in Youngstown. She holds a bachelor of music degree from Mount Union College and a master of music degree from Youngstown State University.

Nancy Howenstine is the accompanist for the Alliance Mount Union Chorale and has served as collaborative artist for numerous individuals and schoolgroups. A retired music educator from the West Branch Local Schools, she has also been a church organist for nearly 50 years.

She holds the American Guild of Organist’s Service Playing Certificate and is a member of the National Association for Music Education and the Honor Society of Delta Omicron. A graduate of Otterbein College, Howenstine also completed advanced studies at Ashland University and the University of Akron. She and her husband Alan enjoy working in their fifteen-acre woodland, and are most proud of their three daughters and five outstanding grandchildren.

Audition procedure:  The audition is relatively simple and consists of four parts: singing America (“My Country, 'Tis of Thee”); vocalizing; pitch retention; and simple sight-reading. It is not necessary to bring a prepared song.

An important note to ALL incoming female and/or treble singers who hold a music participation scholarship: Whereas the choral placement audition process does not conclude until after the last day to add a course, it is IMPERATIVE that you hold the MWF 3:00 to 4:05 time slot open in your schedule in the event that you are placed in the Cantus (please keep in mind that there are a finite number of openings in the Concert Choir for new female/treble singers). A case in point, if you register for ENG 100, MWF, 3:00 to 4:05 and are then placed in the Cantus, you will be required per the terms of your scholarship to drop ENG 100 in favor of MUS 260 (Cantus); however, by the time this change in registration can be made it will be too late to add another course to replace ENG 100

Founded in December 2011, the annual University of Mount Union Christmas Festival is a musical celebration of the Advent-Christmas season. This special program, which includes seasonal concert music, traditional hymns and carols, and selected readings, is given by the Concert Choir and Cantus.