In the thick of her college search, Francesca Bowman ‘21 came to visit Mount Union with her best friend and fell in love. With Mount as her number one choice, she applied in the fall of 2017 and eagerly awaited her acceptance letter.

“When I visited campus, things just clicked. Mount was always at the top of my list, but I don’t come from a financially stable background,” Bowman, a middle childhood education major of Garrettsville, Ohio, said. “Once I was accepted and received my financial aid package, reality started to set in, and I didn’t know if this dream was attainable.”

Bowman reached out to her admissions representative to see if there were any other scholarships for which she qualified. There were, but the amount of debt she would have to incur was still too high. Bowman was devastated, but she didn’t give up. She kept in touch with her admissions counselor and learned of a scholarship competition opportunity in February 2018. 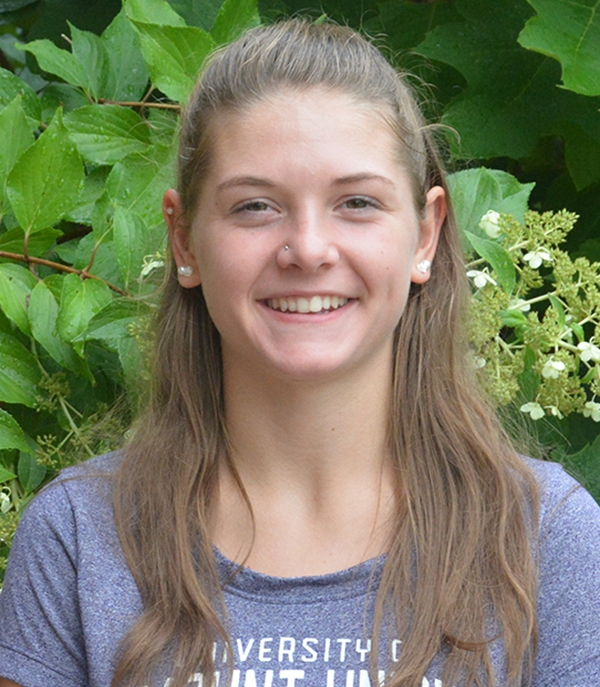 “A week after the competition, I received a call and found out I was granted the scholarship,” Bowman said. “I was on cloud nine because that was the determining factor in my attending Mount Union.”

Now a junior and thriving in her major, Bowman could not be happier with her choice.

“[My favorite things about Mount Union] are the people and the professors,” she said. “I was lucky to have good teachers in high school, but starting college was intimidating. [The professors] don’t go easy on us, but they are so welcoming and willing to give a helping hand that I know they want me to succeed.”

Outside of the classroom, Bowman serves as a supervisor in the Mount Union Fund call center where she is reminded often of the generosity that has made her Mount Union experience possible.

“When I get the chance to speak to a donor, I love to thank them,” Bowman said. “Their support and generosity have allowed students like me to come to Mount Union and further our education. I am not the same person I was when I came in freshman year. I have learned so much in all aspects of my life – working at the call center I’ve learned how to better communicate with people. As a supervisor, I’m learning leadership skills. Becoming an RA, we have intense training. I’m proud of myself for learning so much about Mount Union, putting myself out there, and networking with the incredible community on campus.”