ALLIANCE, Ohio – Dr. W. Richard Merriman, Jr. has announced that he will conclude his service as president of the University of Mount Union at the close of the 2019-2020 Academic Year.

Merriman has served at the helm of the University since July of 2015, when he and his wife, Dr. Margot Kelman, joined the Alliance community. Merriman came to Mount Union after serving as president of Southwestern College in Winfield, Kansas for 17 years.

During his tenure at Mount Union, Merriman led the development of a new strategic plan – Compass 2021: Mount Union’s Strategy to Lead, Collaborate, and Innovate. Key aspects of the plan have already unfolded with the addition of new academic majors in biomedical engineering, computer engineering, electrical engineering and risk management and insurance, as well as four fully-online Master of Education programs. Generous donor response to key priorities of the plan has allowed completion of student-focused projects in the University’s engineering and business building, library and new athletic facilities. Construction of a new wing of the engineering and business building is slated to begin in the coming year. 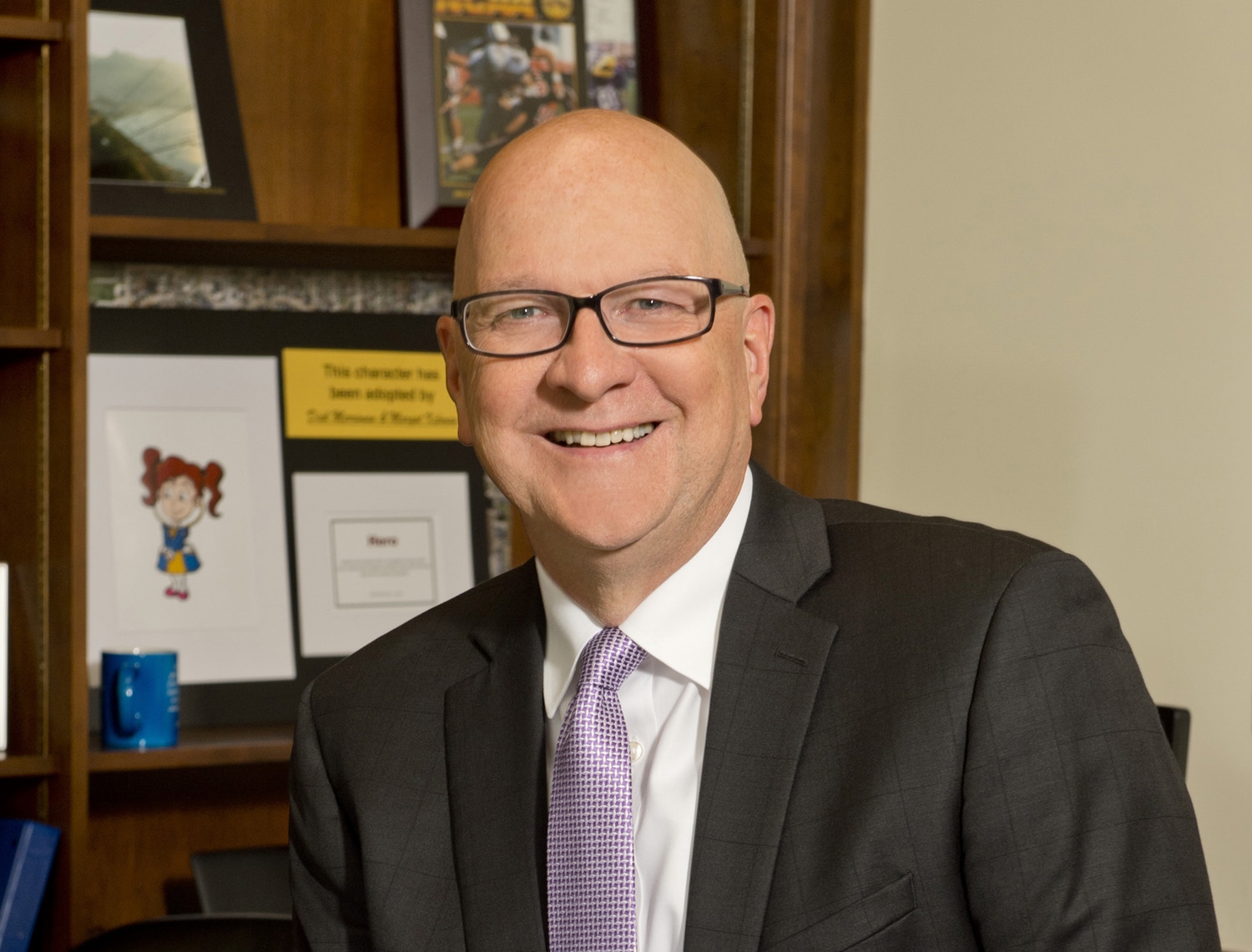 “Dr. Merriman has been instrumental in leading the institution’s transformation into a comprehensive university while maintaining our liberal arts foundation,” said Allen Green, chair of the Mount Union Board of Trustees. “His outstanding communication and leadership skills, coupled with his relentless work ethic, have allowed Mount Union to make great progress during his tenure. I have truly enjoyed working with Dr. Merriman and wish he and Margot the best in their next chapter. Not only will Mount Union's campus miss them, but the Alliance community will as well.”

Merriman is currently chair of the Board of Ohio Campus Compact, a consortium of over 30 private and public colleges and universities, which works to encourage community service and civic engagement by college students. Merriman’s writings have been published in scholarly journals as well as in professional publications including The Chronicle of Higher Education.

A native of Kansas, Merriman earned bachelor’s and master’s degrees in social science from Emporia State University and a Ph.D. in political science from Indiana University. He and Kelman, who holds a Ph.D. in communication sciences and disorders (speech-language pathology), are the parents of two sons. Ben is a professor at the University of Kansas and his wife, Sarah Wilson, is an administrator there. Aaron graduated from Mount Union in 2019 and is a graduate student at Northern Illinois University.

“Serving as president of Mount Union has been a wonderful privilege,” said Merriman. “The University has been uniquely successful at providing a learning experience that gives our students breadth in the arts, sciences, and humanities while preparing them for career success. Add to that Mount Union’s strong Board leadership, our loyal and generous alumni and friends and the way the Alliance community embraces the University, and the ingredients for continued success and distinction are all here.”

Over the next 12 months, Mount Union will continue work on key objectives of the current strategic plan, which is scheduled to close in July of 2021. Concurrently, the Board of Trustees has begun a search for the 13th president of Mount Union after identifying the characteristics needed in the next leader and forming a search committee, which is led by Matthew Darrah, chair-elect of the Board of Trustees.