The Marlington eighth grade business class has participated in this competition for the past four years. The competition is adapted from Mount Union’s “Raider Tank,” which is based off of the successful ABC show Shark Tank.

During “Duke Tank”, middle school students identify a problem in their lives and work towards a solution, developing presentation and teamwork skills as well as an understanding of business principles. This year, 28 eighth grade students were divided into eight teams. The teams were then divided into two groups that each pitched their ideas in three-minute intervals to a panel of judges composed of the Marlington Middle School teachers. The members from each winning team received a Chipotle gift card.

The winning team project from the first group was Plower Bot, a robotic snow plow that consumers could purchase for their personal use. The team members of Plower Bot were Phoenix Porter and David Satterfield, and the teacher judges for the group were Molly Middleton and Elizabeth D’Eramo. 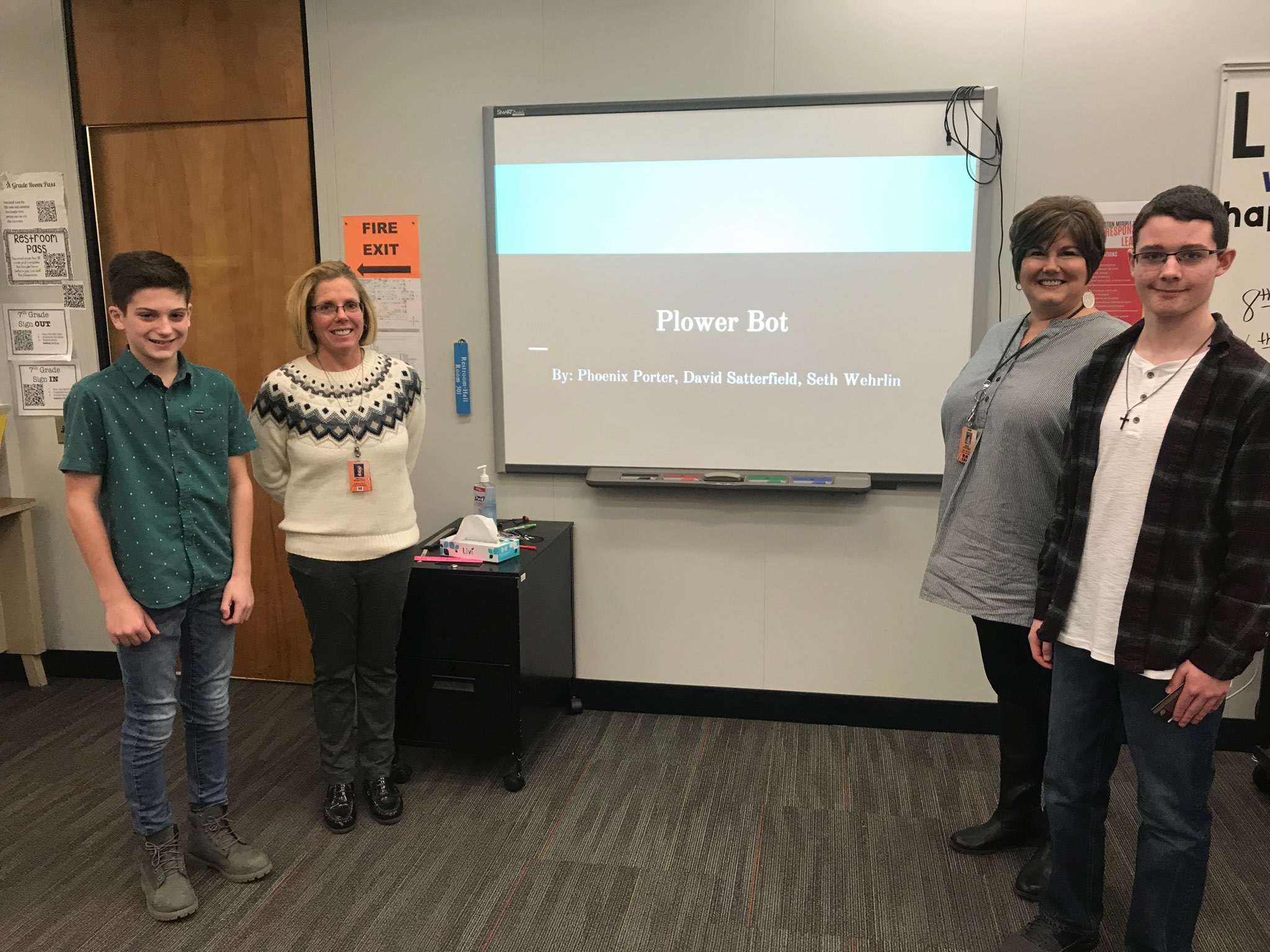 The winning team project from the second group was Inflative, sports balls with built-in air pressure sensors that automatically inflate the balls when they are low on air. The team members of Inflative were Tyler Fincher, Kasey Lam, Natalie Mairona, and Connor Battershell. The teacher judges for this group were Josh Eshelman and Susan Bucheit.

Other notable ideas included a necessity package, containing items such as food and toiletries, for college students that would be delivered each month, a quick inflate tent for natural disaster relief, and a stick-on sensor that could be used to track commonly lost items such as car keys.

Through opportunities such as “Duke Tank”, Mount Union helps foster leadership, collaboration and innovation in not only Mount Union students, but also the greater community.