Jester and Harris were paired through an organization called Canine Companions for Independence (CCI) which specializes in providing highly trained service dogs to people with disabilities. Harris received Jester when he was two-months old and will raise and train him until he is 18 months old. 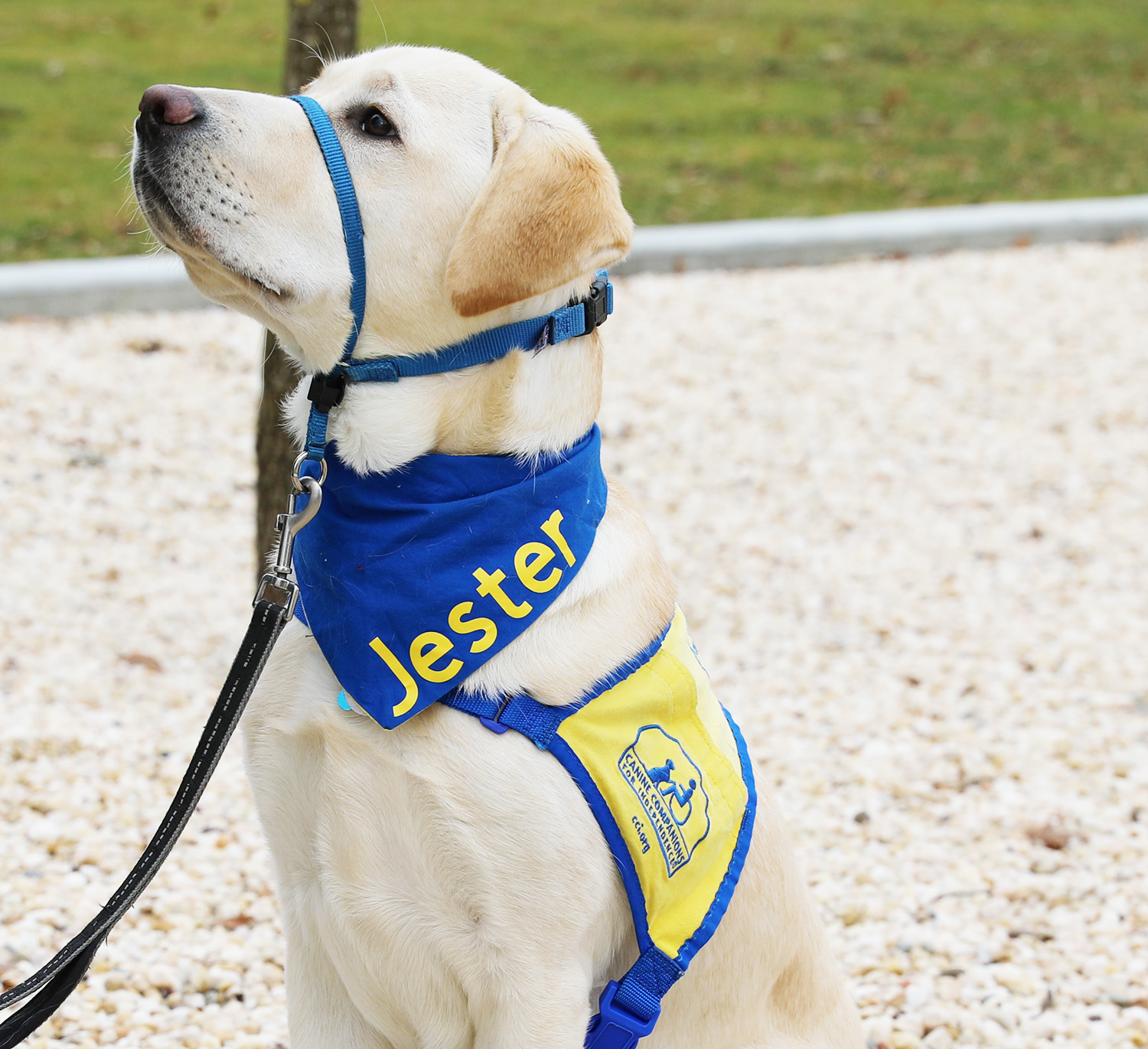 Harris said she was first introduced to CCI when her mom started volunteering with the organization.

“I loved their mission and I was inspired by how service dogs could increase a person’s independence so much,” said Harris.

When Harris decided to get involved with the organization, she knew the biggest hurdle would be getting approved to have the dog with her – both in her residence hall and in the classroom. The Office of Student Accessibility was supportive and accommodating with Harris after understanding her motivation and dedication. She says that CCI has certain requirements like crate training, which alleviates many of the common worries and concerns. Harris explains that Jester will be trained to assist with practical tasks including turning light switches on and off, opening doors, pulling wheelchairs, picking up items that are dropped, and providing unconditional love and acceptance.

“Every day starts with Jester and I waking up at 6 a.m., taking him outside, and eating breakfast,” said Harris, discussing how her days now revolve around Jester. “We go on an hour-long walk, and then Jester usually takes a nap while I get homework done or I go to class. Jester comes to most of my classes but occasionally stays in my room when I believe the environment will be too stressful for him or myself, and I won’t be able to focus on him properly.” 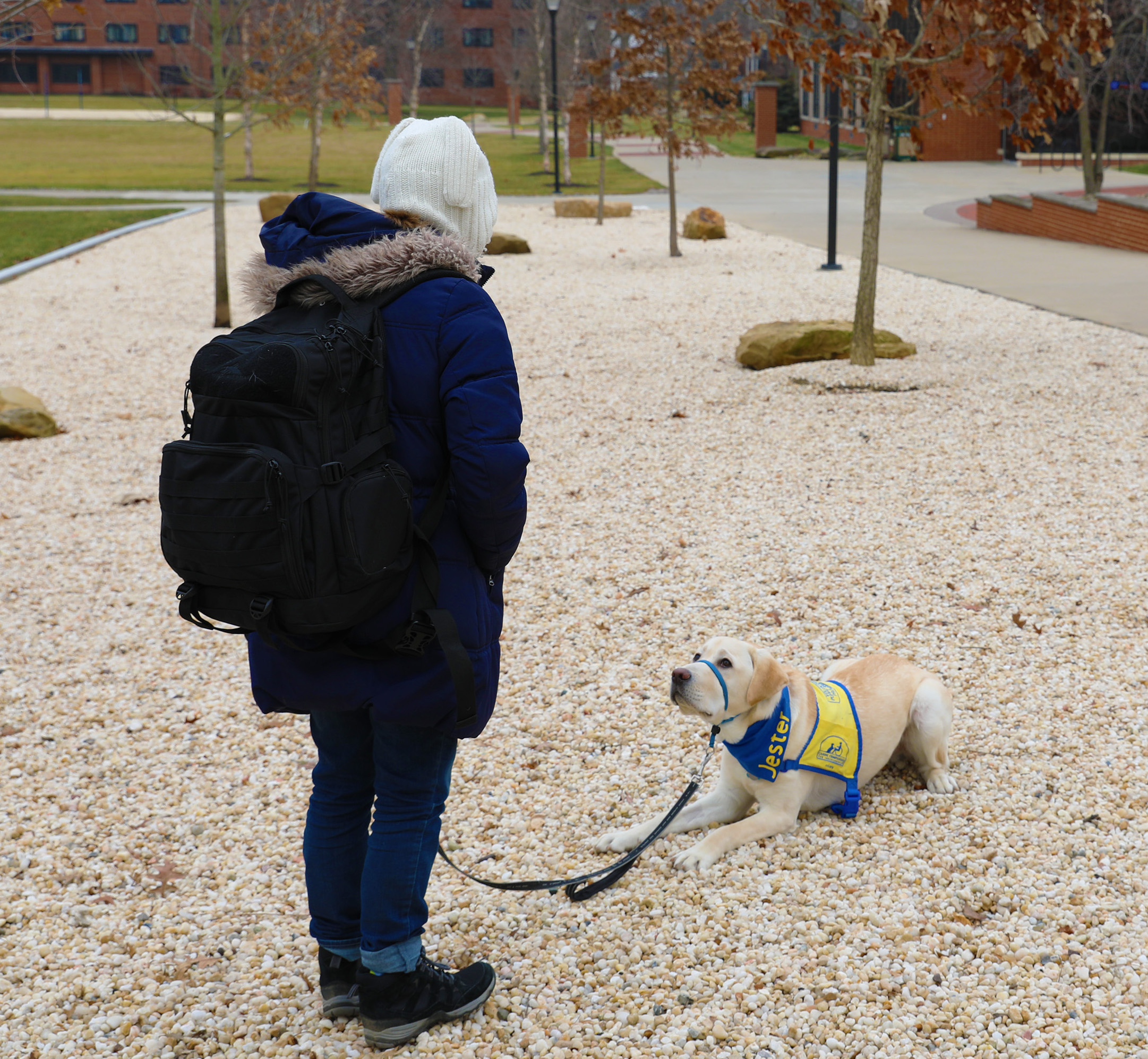 Not only is Harris involved in a rigorous major, but she is also a tutor and involved in Alpha Phi Omega, the service fraternity on campus. Harris says that Jester has helped her busy schedule by motivating her to get things done when the time allows.

“Before having Jester, I struggled to get things done when I didn’t feel like doing them,” Harris said. “I would avoid items on my to-do list because I knew I could find another time to do it. Jester rules my schedule now, so when I have the free time to do homework, volunteer, or work, I take advantage of it, because it may be the only time I get to do those things!”

While training a dog to be a pet is a challenging task alone, teaching a dog to be of service can be quite complicated – especially while being a college student. However, Jester and Harris make a great team and are warmly welcomed by the Mount Union community. Perhaps while walking around campus, you’ll see Jester, the four-legged Purple Raider! 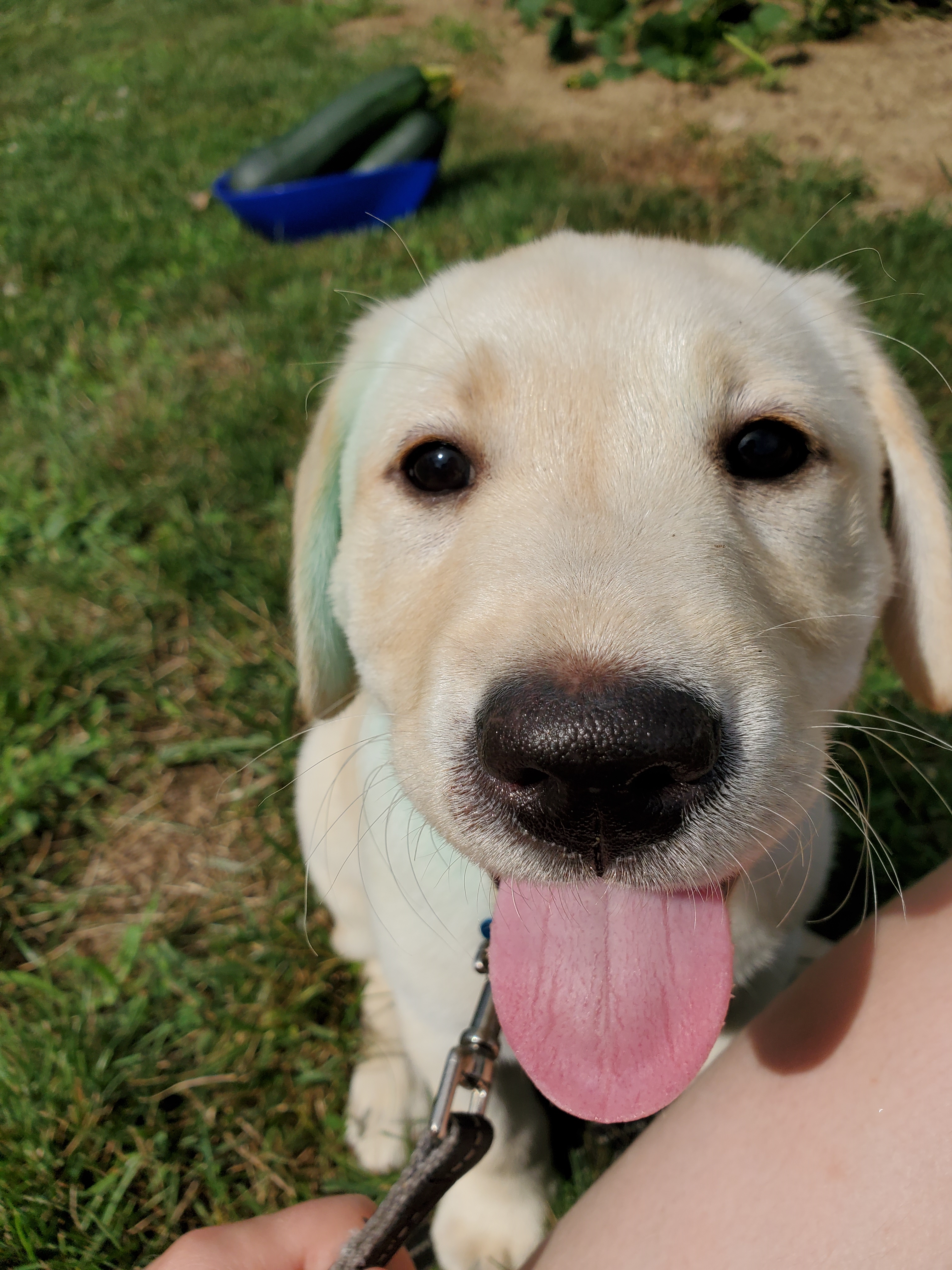