ALLIANCE, Ohio — During its recent spring meeting, the University of Mount Union Board of Trustees announced that the institution’s President’s Rescue Fund was being renamed in honor of retiring President Dr. W. Richard Merriman Jr. and his wife, Dr. Margot Kelman, in honor of their service to the institution.

Merriman, whose retirement from the Mount Union presidency is effective June 30, and his wife, Kelman, were instrumental in the Fund’s creation. The Fund was established in 2017 and is designed for juniors and seniors who have explored all financial aid and loan options to support their education, but still need a little help to get them to the finish line. The Fund is made possible through the generous gifts of Mount Union’s alumni, friends, faculty, and staff.

Merriman, along with outgoing Board chair Allen Green ’77, facilitated several noteworthy accomplishments for Mount Union over the course of their collaborative five-year terms. Many of these highlights stemmed from “Compass 2021,” Mount Union’s strategic plan. 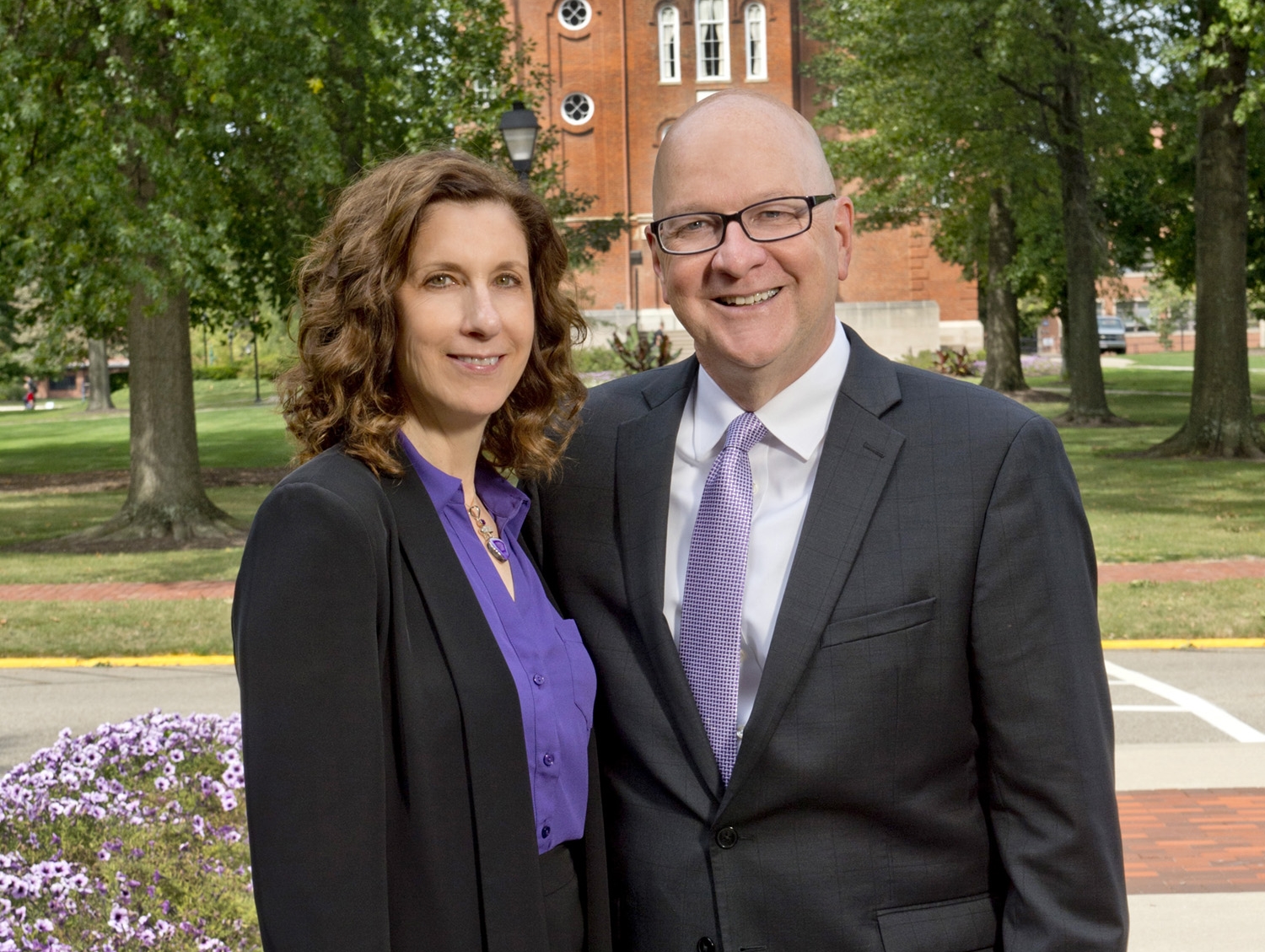 During Merriman’s presidency, eight academic programs were created, and the institution’s Master of Education degree moved into a fully-online format, offering more flexibility for the adult professional students in the program. New co-curricular programs in competitive cheer and dance, esports and men’s volleyball were also added to the campus’ offerings.

Mount Union also enhanced student support during this time. The Mount Union Pell Opportunity Grant was established to meet the cost of tuition and fees for qualified students. The institution was also named to the 2020 Phi Kappa Theta Transfer Honor Roll for its efforts in assisting transfer and commuter students.

“There was buy-in and excitement all around in making Mount Union the best possible university it could be,” Green said. “Dick especially spent many hours listening to all of the constituents making sure every person had a voice and part in planning our future with the Compass 2021 plan. It was the most collaborative process I have been involved in and I believe the results show it.”

Kelman has not only been a constant presence on Mount Union’s campus, but her work as the board chair of the Early Childhood Education Alliance has been significant in increasing childhood literacy in the Alliance and surrounding communities. She will continue her work in speech and language pathology upon the family’s departure from Mount Union.

Mount Union’s next president, Dr. Thomas Botzman, will begin his tenure on July 1. Botzman, a former Mount Union professor, returns to the campus following a successful stint as president of Misericordia University in Pennsylvania.