ALLIANCE, Ohio – The University of Mount Union’s fourth annual day of giving, titled “Raiders Give,” saw an extraordinary level of generosity from the Mount Union community, as a record number of donors gave gifts to support Mount Union students.

In total, the April 8 event raised $381,078 for The Mount Union Fund from a record 1,048 donors — an increase of 35 donors from the 2020 event. Raiders Give supports student scholarships, technology, and other critical student needs across Mount Union’s campus. 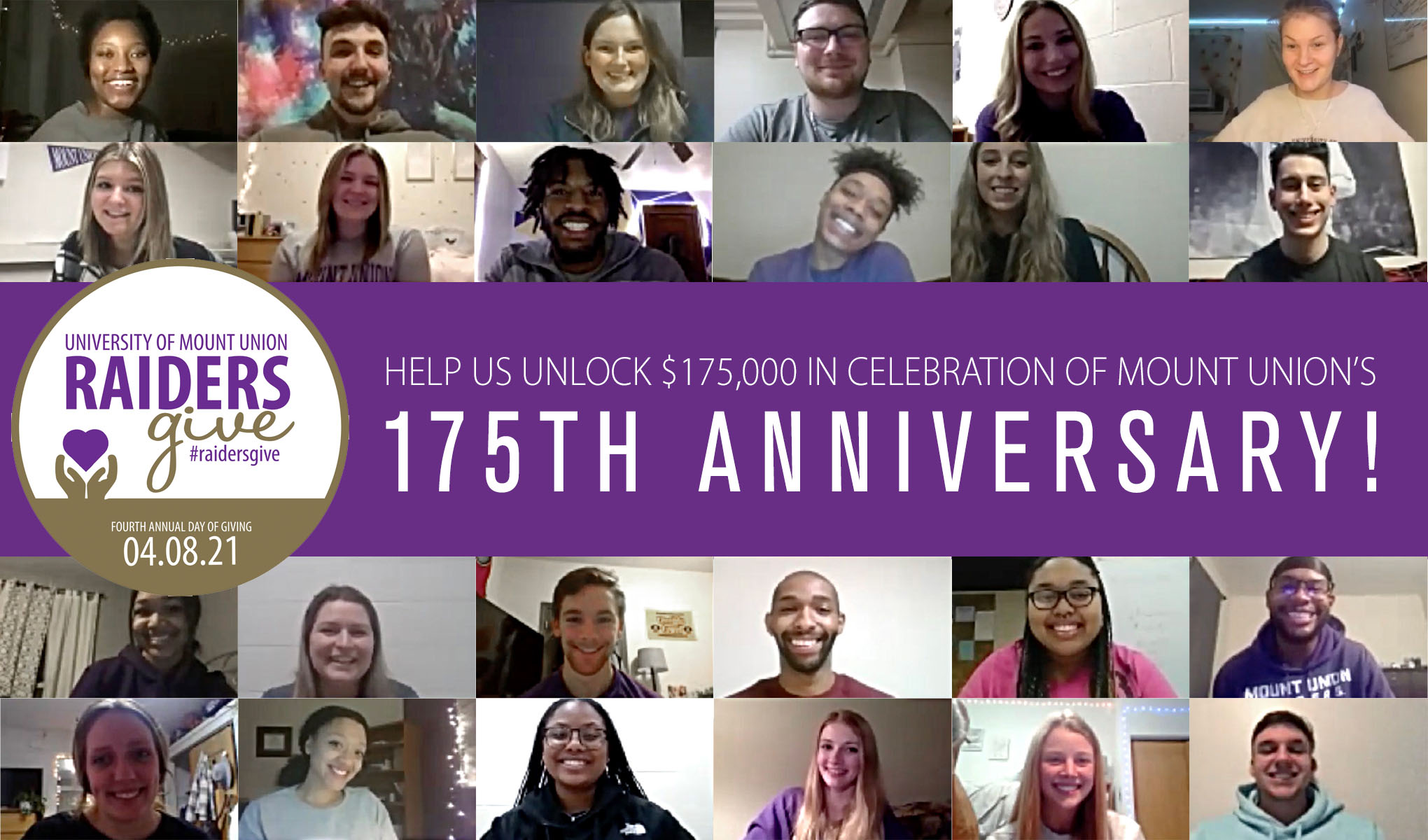 “We were overwhelmed by the outpouring of support from the Mount Union community,” said Bethany Leslie, director of The Mount Union Fund and planned giving. “After a year with challenges for our students unlike ever before, it was amazing to see so many alumni and friends come together to make an extraordinary collective difference in the lives and educational experiences of our Purple Raiders. Thank you to everyone who made it all possible!”

Donors had the opportunity to give for 24 hours beginning at midnight on April 8. Coinciding with Mount Union’s 175th anniversary, the Trustee Challenge was the primary goal of the day, which was to reach 1,000 donors, resulting in an extra $175,000 donation from members of the Board of Trustees. Additional challenges that were met during the event included the Faculty and Staff Challenge, Class of 1971 Challenge, and the Parent and Family Challenge, as well as two Power Hours, sponsored by Hammond Construction and SōL/Harris Day Architecture.