ALLIANCE, Ohio — The University of Mount Union is proud to welcome back Dr. Thomas Botzman to campus as the 13th president in the institution’s storied history. Botzman, who served as a faculty member and administrator at Mount Union from 1989-2004, begins his presidential service this week following a successful seven years as president of Misericordia University in Pennsylvania.

“It is an honor to return to Mount Union, where I began my academic teaching career over 30 years ago,” said Botzman. “As a new faculty member, I was fortunate to have many mentors and friends support my efforts to become a successful educator and administrator. My hope is to serve the campus and local communities in the same tradition with my talented faculty and staff colleagues.”

During his initial tenure at Mount Union, Botzman served as a faculty member and was named the Great Teacher in 1998. He also directed international studies from 1993 to 1997 and held the role of associate academic dean during the 2003-2004 academic year. He was a visiting professor and Fulbright Scholar at the University of the Americas in Mexico City, Mexico, teaching there four times from 1992 to 1996. He was named an American Council on Education (ACE) Fellow in 2002. 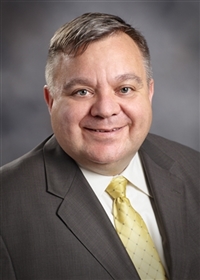 While at Misericordia, a private institution of about 2,500 students, Botzman led many successful initiatives. Under his leadership, the institution undertook its largest fundraising campaign in history, raising more than $35 million to date. Misericordia also renovated two academic buildings and acquired an adjacent property for future use by student life and academic programs.

A native of Stow, Ohio, Botzman earned a Bachelor of Science degree in engineering from Case Western Reserve University. He went on to attend Kent State University, where he earned both a Master of Arts degree in economics and a doctoral degree in business administration.

“Vanessa and I are looking forward to our return to northeast Ohio,” Botzman said. “We have been delighted to hear from former colleagues, friends and alumni, including many of my former students. We will do our best to continue Mount Union's leading role in community service, economic development and building a stronger future for the Alliance area. We are pleased to return home to Mount Union.”

“On behalf of the Board of Trustees, it is my pleasure to welcome Tom and Vanessa back to Alliance,” said Matthew Darrah, chair of Mount Union’s Board of Trustees. “It is comforting to know that we have such an experienced leader and one who is already a part of the Mount Union family to guide us during these challenging times.”

Botzman and his wife Vanessa have a daughter, Gabriela, who is a 2017 Mount Union alumna and currently works as a second-grade teacher in Goldsboro, North Carolina.