ALLIANCE, Ohio — The University of Mount Union is proud to announce Michael Parnell '83 has been named interim athletic director. He will begin to transition into the role in mid-May.

A native of Akron, Ohio, Parnell graduated from Mount Union with a Bachelor of Science in math and physics. While at the institution, he was a four-year letter winner in football. During a fifth year at Mount, he coached defensive backs under then-Head Coach Ken Wable. He also served as president of the Black Student Union. After leaving Mount Union, he earned a Master of Business Administration in finance from the University of Akron. 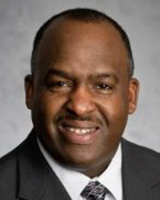 “Mike brings to the position extensive executive leadership experience in the areas of management, team building, staff development and strategic planning,” said Dr. Jeffrey Breese, provost and vice president for academic affairs at Mount Union. “I am excited that he is committed to supporting and guiding the Office of Athletics at Mount Union during this transitional period.”

Parnell’s professional career includes service as vice president/general manager at Alcoa, and as senior vice president and president for Bemis North America. He began his career at Goodyear Tire and Rubber.

Parnell’s community engagement has included membership on the Board of Directors of Big Brothers/Big Sisters of Summit County and Mobile Meals of Summit/Medina/Portage Counties, in addition to services as chair of the Board of Directors of the Minority Behavioral Health Group. He will be stepping away from active membership on the University of Mount Union Board of Trustees while he serves in this interim role.