ALLIANCE, Ohio — The University of Mount Union broke ground to construct the Dom and Karen Capers Academic and Athletic Center on the western end of campus.

The 5,600-square foot building, funded by a $2-million dollar gift from Dom and Karen Capers, will feature a team meeting and film room that can be split into smaller rooms along with offices and meeting spaces for the 13-time National Champion football program.

Capers played safety and linebacker for Mount Union from 1968-71, and graduated with a degree in physical education and a minor in psychology. He also earned his master's degree in administration from Kent State. In May 2012, Capers delivered the commencement address at Mount Union and was awarded an honorary doctorate of humane letters. 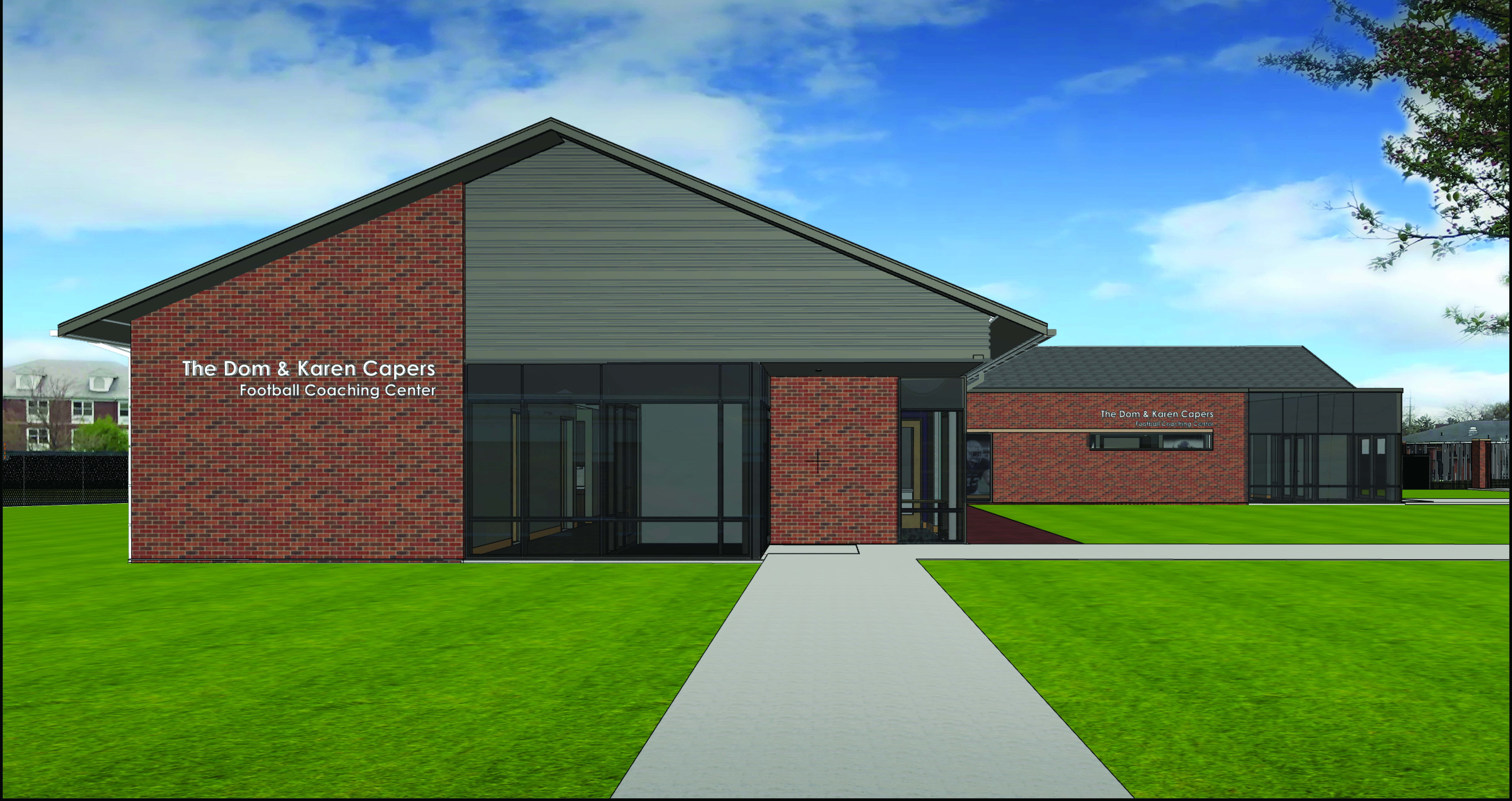 Currently a senior defensive analyst with the Jacksonville Jaguars, he has been a football coach for 46 years and 33 of those years in the NFL as an assistant and the first-ever head coach of both the Carolina Panthers and Houston Texans. He was the 1996 NFL Coach of the Year, 1999 NFL Assistant Coach of the Year, coached four NFL Defensive Players of the Year and was the defensive coordinator for the Green Bay Packers when they won Super Bowl XLV in 2011.

Capers grew up in Buffalo, Ohio, where he was a star athlete at Meadowbrook High School. He and his wife Karen have been generous supporters of Mount Union including a lead gift in 2013 for a remodel of what is now the Dom Capers Press Box at Mount Union Stadium.

"Having a space for our entire team to meet and our staff to work in will be a tremendous positive for our program," commented head coach Vince Kehres. "We can't thank Dom and Karen enough for their support of the football program and the University."