The Regula Center for Public Service and Civic Engagement was implemented to teach students the importance of responsible citizenship, while promoting civic engagement and community outreach. Most notably, the Regula Center provides students with an opportunity to volunteer throughout the community on Martin Luther King Jr. Day, coined, “MLK Day of Service.” Throughout the academic year, the Regula Center continually has volunteer opportunities for students and faculty to participate in, such as cleaning up local parks, making crafts for veterans, or walking dogs at the local humane society.

The Regula Center is named after Mount Union alumnus Ralph Regula ’48, who is widely known for serving Ohio’s 16th congressional district for 18 terms, beginning in 1973, until his retirement in 2009. Ralph attend Mount Union following his service in the U.S. Navy during WWII. It was at Mount Union that Ralph met his wife, Mary (Rogusky ’49).

Mary was equally esteemed as her husband. Mary had a deep interest in history – which was her major as a student at Mount Union – leading to her involvement in numerous civic organizations. She taught at both the elementary and secondary levels and was the former president of the National Cabinet of Mount Union Women. It was in this role that she founded the first National Student Women's Scholarship. Following Ralph’s retirement from Congress, the Regula’s continued their involvement with the University’s campus community: attending events, talking with students, supporting efforts to advance the center, and implementing the Regula Scholars program.

The Regula Scholars program consists of a select group of students who have been nominated by faculty members in an effort to provide them with additional learning opportunities. Regula Scholars spend the academic year meeting local public servants, participating in leadership training, and learning about ethical decision making. They also complete 150 service hours throughout the year, while being exposed to the many employment opportunities in the public sector.

“Ralph envisioned a Center that would educate students about careers in public service while mobilizing them in their communities,” said Abby Honaker Schroeder, director of the Regula Center. “Through events like MLK Day, programs like the Regula Scholars and civic outreach like the Civic Corners we have found ways to do just that. We believe in supporting the University mission and enhancing the experience of our students. Our work supplements that of the lessons learned in the classroom and has a positive impact on the community.”

This year, eight students have been named to the Regula Scholars Program, each holding a diverse background with majors ranging from: nursing, political science, early and middle childhood education, and finance. Each scholar is also highly involved in numerous campus organizations, while excelling in the classroom. 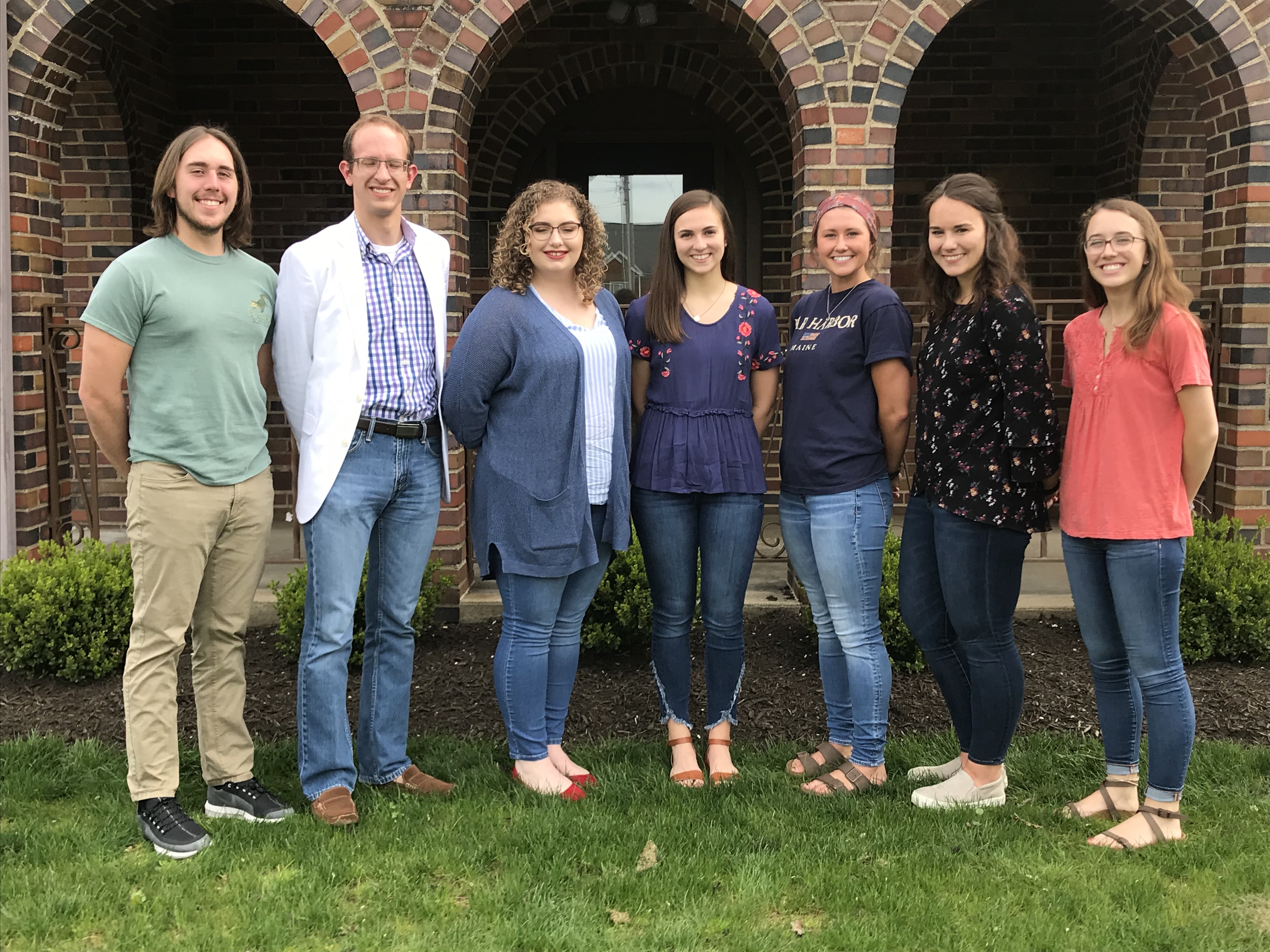 Third year students Rachel Resse ’21 and Lindsay Gundlah ’21 commented on their experiences in being Regula Scholars.

“We often think that leaders are those with the spotlight on them,” said Gundlah. “I have learned that is not always the case, and that being a leader is all about inspiring those around you - to find what they are passionate about and encouraging them to achieve their goals.”

Both Gundlah and Resse are education majors and explain how this experience has helped them become better prepared to teach.

“As a future educator, I feel that it is so vital that I develop my communication and collaboration skills — as it is an essential trait to acquire when working with students and parents,” said Resse.

As the only business major in the group, I personally have noticed the differences between business in the private versus public sector. It’s quite common for business majors to have this underlying expectation to work for a big corporation upon graduation. However, after I’ve met some of the public servants through the Regula Scholars program, I’ve become more aware of the impact business majors can have within an education system, government, or non-profit.

Gundlah, Reese, and I all agree that the Regula Scholars program has helped teach us more about government, specifically at the local level. A greater awareness, and genuine interest in government has been sparked within us all. Additionally, as Regula Scholars, we continue to volunteer and participate in community service projects throughout the semester.

The Regula Center hosts several volunteer opportunities throughout the year. The first opportunity this spring is a collaboration with local nursing homes, where members of the Mount Union community can host Valentine’s parties with the residents. Sign up to volunteer on Tuesday, February 11 here.